Parfait. Alright, everyone, are you ready?

…What are we doing again?

I’ll be as sneaky as a mouse!

The squid girls just started jammin’ on the decks, that’ll be easier!

So, may I finally know what this ridiculous charade is about?

*The 10 contestants follow Guy-Man in the crowd, and approach the Jazz Cats, unaware. Then, suddenly…* END_OF_DOCUMENT_TOKEN_TO_BE_REPLACED

*On top of the roof at the Gaylord Hotel which has been decked out with a dancefloor, bar, and multiple places to lounge. Almost all of the contestants and a few guests are standing in front of an empty stage.*
Adam Levine

So, the hell are we standing around here for again?

Meowth requested all of us to be here Mr. Levine, don’t you remember?

Hey, don’t worry Adam. I bet that cat’s getting everything in order, he’ll be out soon!

Excuse me, Mr. Williams… Is it just me, or do your team members appear to be missing?

Oh yeah, they seem to have vanished… where did they go?

*Before anyone can say anything else, Meowth and HyperCam appear on stage.* END_OF_DOCUMENT_TOKEN_TO_BE_REPLACED

*Popoy is wandering around outside the Gaylord mumbling to himself.*
Popoy

*Angrily walking, Popoy’s attention is taken by some nearby singing. He stops to listen and notices Thanos sitting on a bench, alone, singing to himself in a soft deep voice. * END_OF_DOCUMENT_TOKEN_TO_BE_REPLACED
Unregistered HyperCam 2

What a wonderful and fitting introduction, HyperCam! We’re here with Daft Punk and Pharrell one more time for an interview! How are you feeling?

We’re feeling good! Well, for robots at least. This tournament is fun so far, we like it here!

Aaaaaand we’re back with Pitbull and the Aliens!

Nice to meetcha again, Meowth and HyperCam! I would just like to apologize on behalf of my band, Pitbull and the Aliens. We had a talk after the last interview and we promise no funny business will ensue this time.

helo every1! welcom bak to teh kfad interviews! 2day we will be reinterviewing t hanos

That’s right! After his loss to Dr. Piccolo, he’s here to answer a few more questions for us! So, Thanos, how does it feel to be in the losers bracket?

When I lost my home planet Titan, I was devastated. But I did not succumb to weakness. I pushed harder. It was necessary to become the equalizer of the galaxy. This tournament is no different. Losing is a minor setback. That is all.

Well, Hypercam, he’s not from that, but it is one of his sources! Along with that, he is also our Disney representative, from The Avengers to “It’s A Small World”! So, Thanos, what brings you back after losing the last tournament?

A golden opportunity, that is all. In the time since I was acquired by Disney, I’ve been promoted as the head of their public relations board. When I heard there was another chance to gain ownership of the SiIvaGunner channel I notified my superiors and they agreed with me that the opportunity was too good to not take up. There was, however, the issue of not having anyone who could reasonably go to such a tournament. That is, until I volunteered to represent Disney. And so here I am. 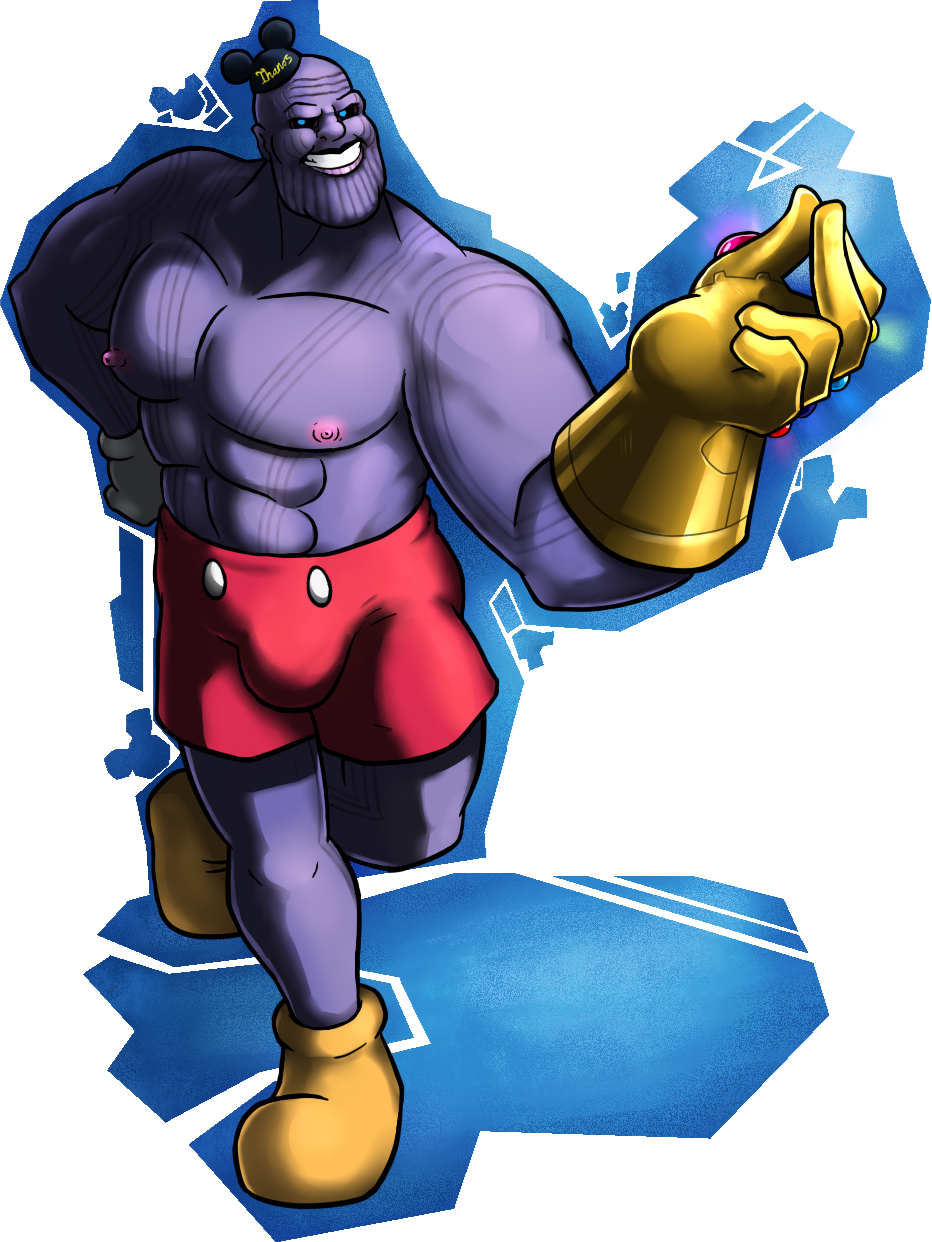